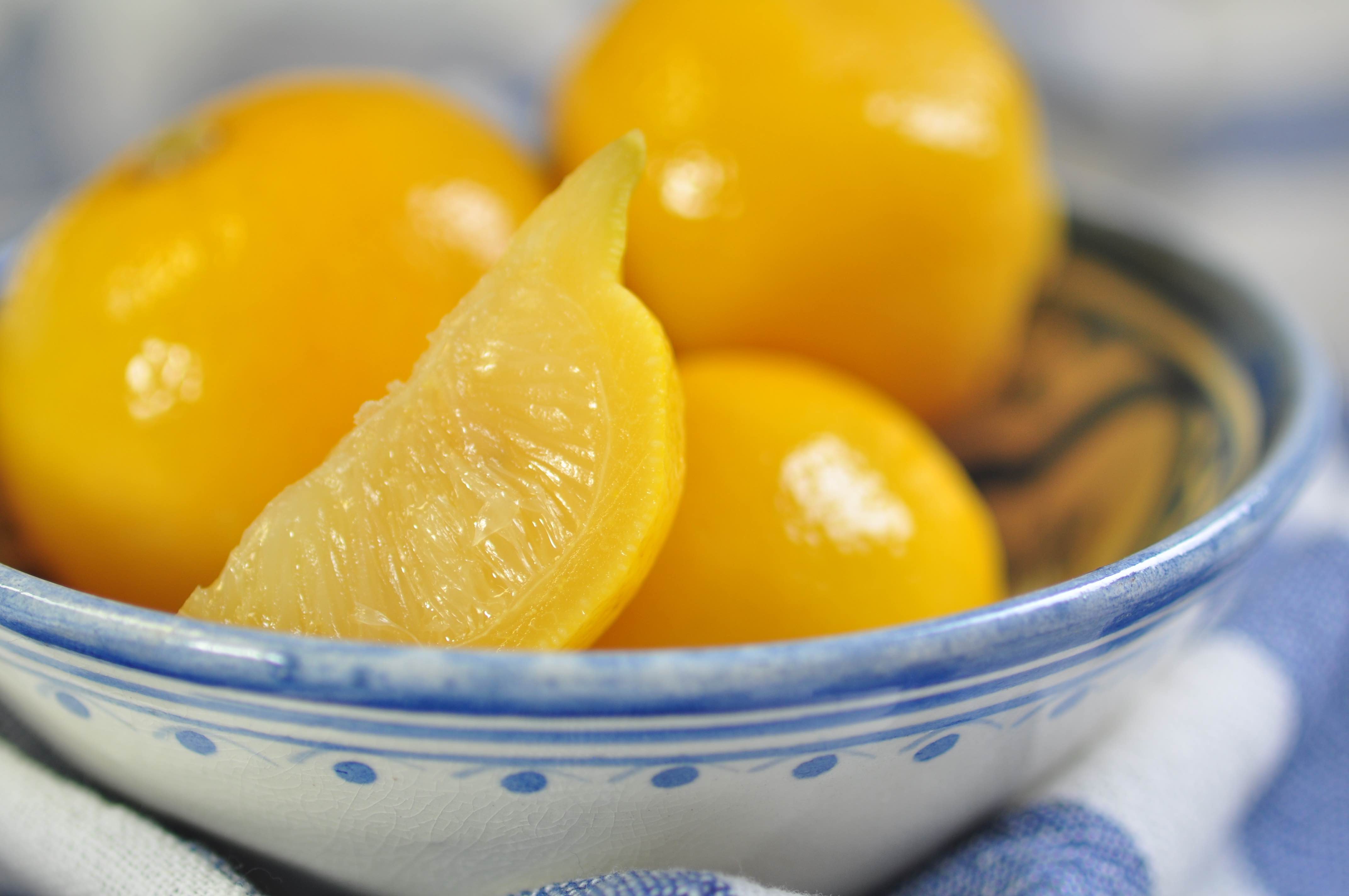 Since only a few years I know the Moroccan (or turkish) preserved lemons. It’s an important spice in both kitchens and you often see it different tagines (simply explained as slow cooked stews in a special clay pot). I tend to add the salty lemons to salads and really like to combine them with roasted hazelnuts. Let me introduce you to the world of the salty, preserved lemons!

The taste of preserved lemons

The taste of the preserved lemons is salty, sour and slightly bitter. They add a richer taste to any dish. Maybe you even can compare the taste with umami? Difficult to define but missed when it’s not there…

How do I eat the preserved lemons?

The funny thing with the preserved lemons is that you only use the skin and not the pulp.
Pick a lemon (mostly you only need a half for one dish) from the jar with a clean spoon, rinse it off (optional) and cut it in half. Take out the pulp and seeds with a knife and slice it thinly before adding it to your dish. Fresh lemons can not replace the preserved lemon in a recipe. They miss the complexity and would only add sourness without the depth. However, the other way around can work very well. Just give it a try to see what new taste celebrations you will create!

Use the lemons as a condiment to your savory dishes by just placing a bowl with sliced lemons for anyone to sprinkle on top if wanted. They work perfectly with any grilled vegetables. You could also consider adding it to a sauce with yoghurt, guacamole or mash like hommus.  Making a puree of 1/2 a lemon, combining a small amount of it with herbs and then adding it to your next salad dressing is another exciting alternative. You even can add it to a pie or cake dough!

The making of preserved lemons

The rich taste in the lemons comes from fermenting them in salt. A long time ago used for being able to keep the lemons also outside the season but since then also a tremendously important part in the Moroccan, Algerian and Tunisian kitchen.
The lemons are fermented for at least a month (or up till half a year!) in coarse sea salt and sometimes also combined with different spices like bay leaves, cinnamon stick, star anise etc.

I’ve understood that the lemons are very easy to make but so far I have managed well with mine from the Turkish store. Once the jar is opened, it will keep up till a year in your refrigerator due to the acid and salt.

You will find the preserved lemons on any store with food from the middle east. I hope you will give it a try!

Recipes with preserved lemons on the blog

Greens with a even more green dressing
Veggie stew with chermoula