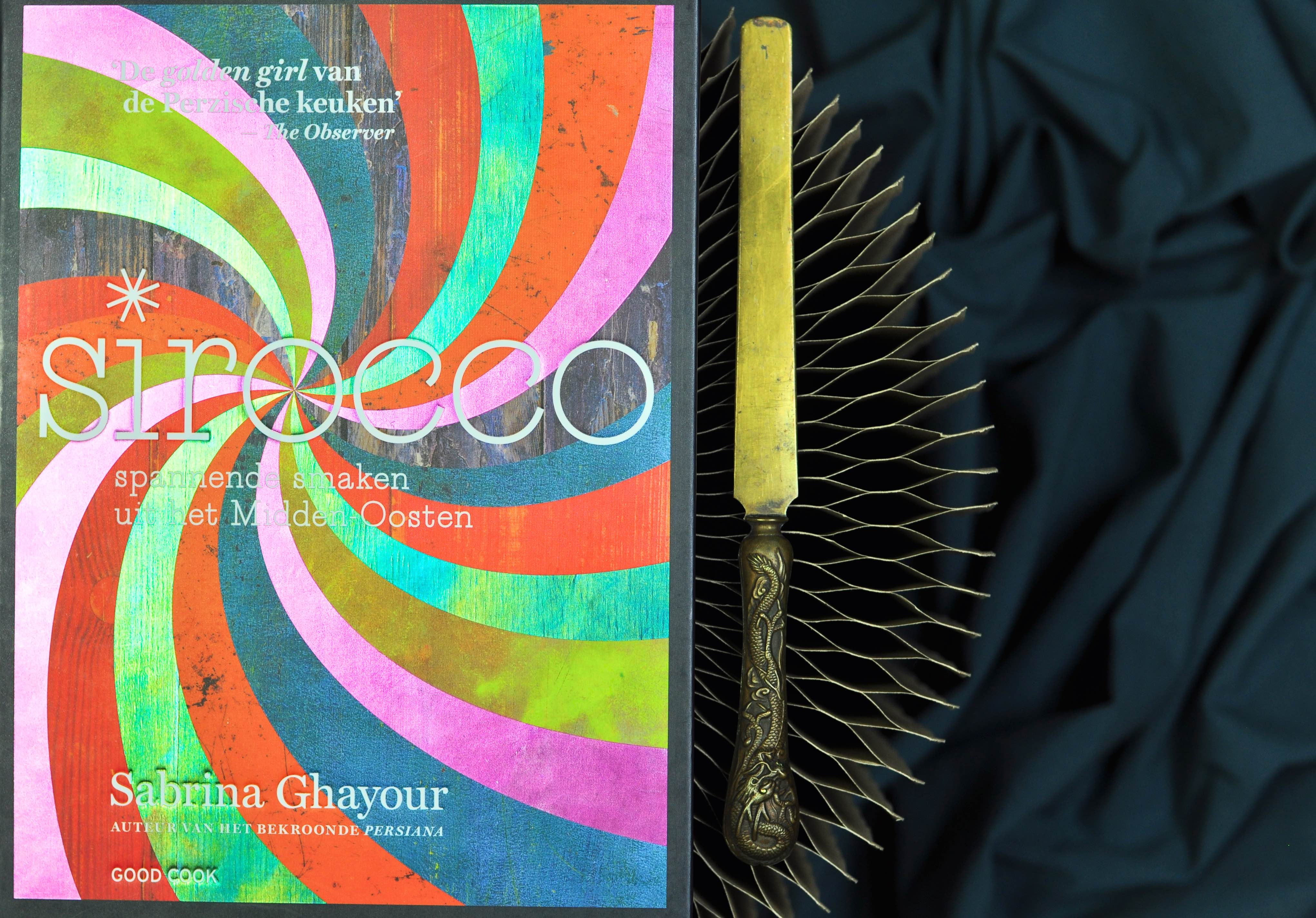 If you are cookbook maniac just as I am, you probably have heard about the book Persiana from the author Sabrina Ghayour? This is her second book that recently was published in Dutch. From the book I have chosen a Persian stew with quince and saffron. In the book its made with lamb but I decided to make it with celeriac instead.

The word “sirroco” means a hot, dry wind that is coming from the east going in the direction west and is sometimes described as warm, spicy and sultry. Sirocco is in other words the perfect name for describing this food with strong roots in the middle east. The subtle tastes with often aromatic notes and a rich base is intriguing for anyone enjoying their time in the kitchen.

The middle east kitchen includes many exciting, and maybe new ingredients such as hibiscus flowers, rose-water, pul biber (turkish chiliflakes), za’atar, berberis berries and nigella seeds etc. All spices that gives that remarkable and exciting taste. If you haven’t got them yet, its time to be adventures and go to a new shop to find it!

The recipes in the book are all simple and rather quick to make. They often include meat or fish but with some imagination, you can easily transform them to be both vegetarian and vegan if preferred. The rich taste will stay!
The tone in the book is casual and with personal anecdotes of the author growing up in the UK but with a Persian origin. That sometimes brings funny recipes such as the typical British fish & chips made in a middle eastern way.
The book is easy accessible for anyone curios and don’t worry of you can’t find the specific ingredient, the author encourage the reader to not taking the recipes too serious. The middle east kitchen is flexible and full of taste!

Lets get to work with the rich Persian stew with quince and saffron!

Persian stew with quince and saffron

How do I do it?
1. Place a heavy saucepan over medium heat, add some oil to it. Add the onion and fry carefully until translucent. Turn the heat to high. Place the celeriac slices and bake on both sides for 5 minutes. Keep stirring to make sure the celeriac won’t burn.
2. Add the turmeric, the saffron threads and the cinnamon powder to the pan followed by agave and lemon juice. Pour as much boiling water to the pan needed to cover the celeriac and sprinkle salt on top.
4. Lower the heat and leave the pan to simmer for 20 minutes without lid. (if making the stew with lamb, it should cook for about 1 hour). Stir the pan every now and then sto prevent it from sticking to the bottom. If necessary add more water.
5. Meanwhile, heat a large skillet over medium heat. Peel the pears and remove the core. Cut small quinces in half and bigger ones in quarters. Add some oil to the pan and fry the quince golden (be careful so that you don’t get it too brown, that will ruin the color of the saffron in stew). Remove the quince from the pan and set aside.
6. Add the yellow split peas to the pan, stir well and add some water if necessary to. Let it simmer for another 30 minutes. Remove the pan from the heat and divide the baked quince in the stew. Put the lid on the pan and leave it for about 20 minutes until tender.
Serve the stew with basmati rice.

Sirocco – fabulous flavours from the East