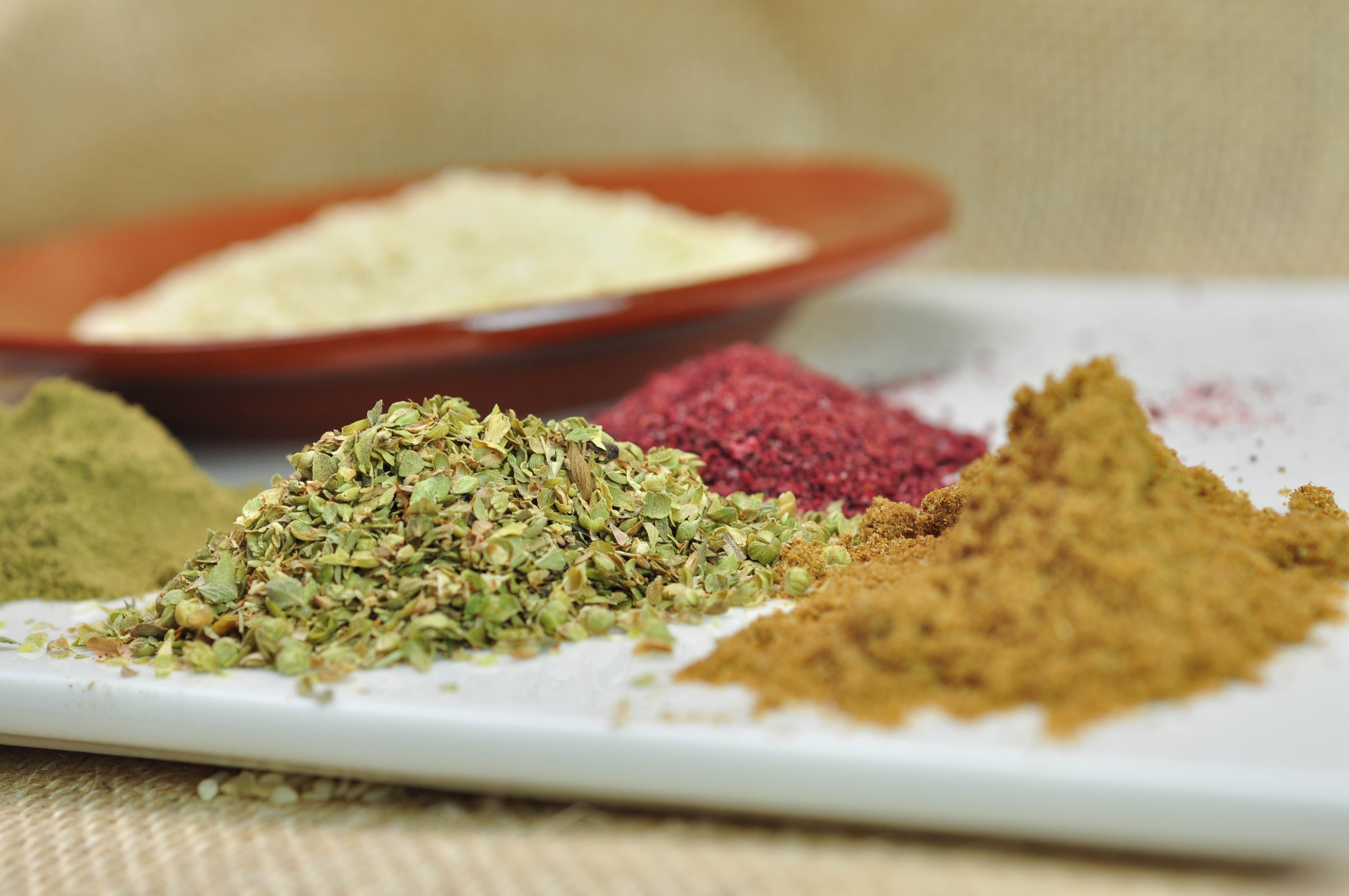 There are a few herbs that you almost can get addicted to. The herbmix called za’atar is one of them. It really goes with almost everything; veggies, meat, beans, thick yoghurt or with just bread and olive oil.  You name it! The herb mix is eaten al over the Middle Eastern countries and exists in many different recipes. In principle there are one green and one red Za’atar. The red one often includes both pepper and chili flakes. What they al have in common is the oregano, (wild) thyme and roasted sesame seeds.
And Sumac. Do you know it? It is a red sour tasting powder or flakes made from dried, red berries. In countries where lemons are hard to get outside the season , sumac is often used instead to get the tartiness to a dish. Sumac powder can even replace vinegar in a recipe! If you get a chance to buy them as dried berries, do! Part from an extra dimension to your dish, they also are really pretty.

Where do I find za’atar?

You can often find the herb mix za’atar (and the sumac) in shops with focus on middle eastern food. The last time I was going to buy it however, I found that they for some reason had added white flour to it. So that leaves me no option but making it myself. And of course I don’t mind!

When you have your Za’atar made, a new world opens in your kitchen. Sprinkle it on your oven baked eggplants, over your baked eggs, mix it with your meatballs, blend it with a good olive oil for a dip or dressing or why not with garlic and lemon zest for a barbecue rub. The list can get very loooong! Be sure, more recipes will come with this wonderful mix.

Let’s get to work!

How do I do it?
1. Toast the sesame seeds in a dry pan until they start to pop and smell wonderful.
2. Add the herbs, salt and roasted sesame seeds to a mortar. Grain everything until you have a green-grayish powder. You are done and ready to meet the world with a new taste sensation!

This recipe is free from gluten, sugar and lactose.
It’s vegan, paleo and LCHF-friendly.