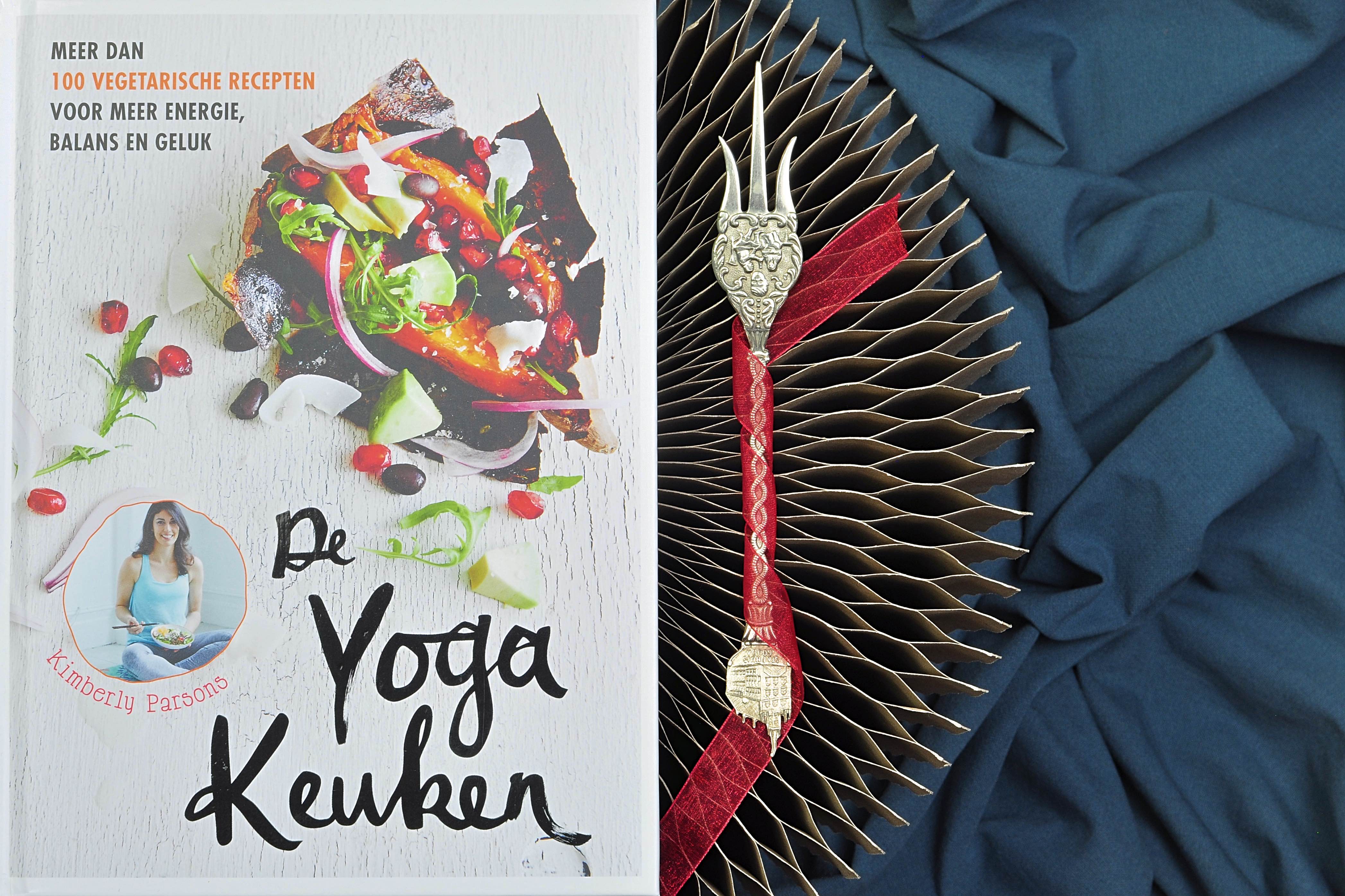 Today, I review the book De Yoga Kitchen (Original title The Yoga Kitchen) by Kimberly Parsons. From the book I also make a really nice apple icecream with warm spices!

So, I’m not a yoga girl. Sometimes I wish I was but it just isn’t my cup of tea. But a a book with food for yoga fanatics works!
Although the first sentence of the book is that the book is not means for yoga people, the book is transcended by a “yoga thinking”. The recipes are said to be based on the different chakras in the body … Well, I simply skip that part of the book and jump straight into the recipes instead!

The recipes are mostly vegetarian and sometimes contain eggs and honey. However, many of them are vegan or can easily be made that way.
The recipes are simple to make and contains a lot of vegetables and fruits. It’s all gluten-free. The recipes feel fresh and perfecting in timing for food trends at this very moment. Next up to make is the scones with sweet potatoes and crackers with chickpea flour!

However, I have two points that bothers some.
The book is really beautiful and the pictures are wonderful but the text is unfortunately very difficult to read. I think the focus has been the design rather the readability.
In my opinon the eyes need some space between the lines to be able to read. I’m used to read recipes, but here I needed a ruler to follow the instructions in the recipe. Too bad about such an important detail!
The second point is that several recipes contain a big amount of sweetening. Not white sugar or any artificial sugar but a lot of maple syrup and/or dates. Strange in these times when almost everyone is trying to minimize the amount of sugar…

Well, still I have found many goodies in the book and the amount of sweets in the recipes I can easily regulate myself.
From the book I have chosen a tasty ice cream made with apples and hot spices such as cinnamon, cardamom and star anise. Together with the roasted hazelnuts it was a real winner!

How do I do it?
1. Peal and remove the core from the apples. Cut them into smaller pieces.
Melt the coconut oil in a large pot on medium heat. Add the apples, sea salt and all spices (including the whole vanilla pod and vanilla seeds).
2. Add 2 tablespoons maple syrup and stir well. Cook gently for about 10 minutes or until the apples are soft. Then allow the mixture to cool down for about 20 minutes.
3. Remove the vanilla pod from the pan and pour the apple mixture plus the remaining 2 tablespoons maple syrup and coconut milk in a food processor. Mix until you have a completely smooth mixture.
4. Pour the mixture into a ice-cream machine or in a baking tin covered with plastic film; Make sure there is enough plastic film on the sides. You should be able to cover the ice cream well with plastic film when done.
5. Add the mixture into the coated tin, cover well with the plastic and place it in the freezer. Stir thoroughly with a fork or spoon after 2-3 hours to break any ice crystals. Add the roasted and chopped hazelnuts and stir well to spread them evenly in the ice-cream.
6. Place the tin back in the freezer. Cover the ice-cream again well with plastic film to avoid the formation of new ice crystals. If not, you will have an ice-cream with crystals rather than a soft texture.
7. Take out the ice cream from the freezer at least 30 minutes before serving. Then the consistence will be soft enough scoop the ice beautifully.

This recipe is free from gluten, lactose and soya.