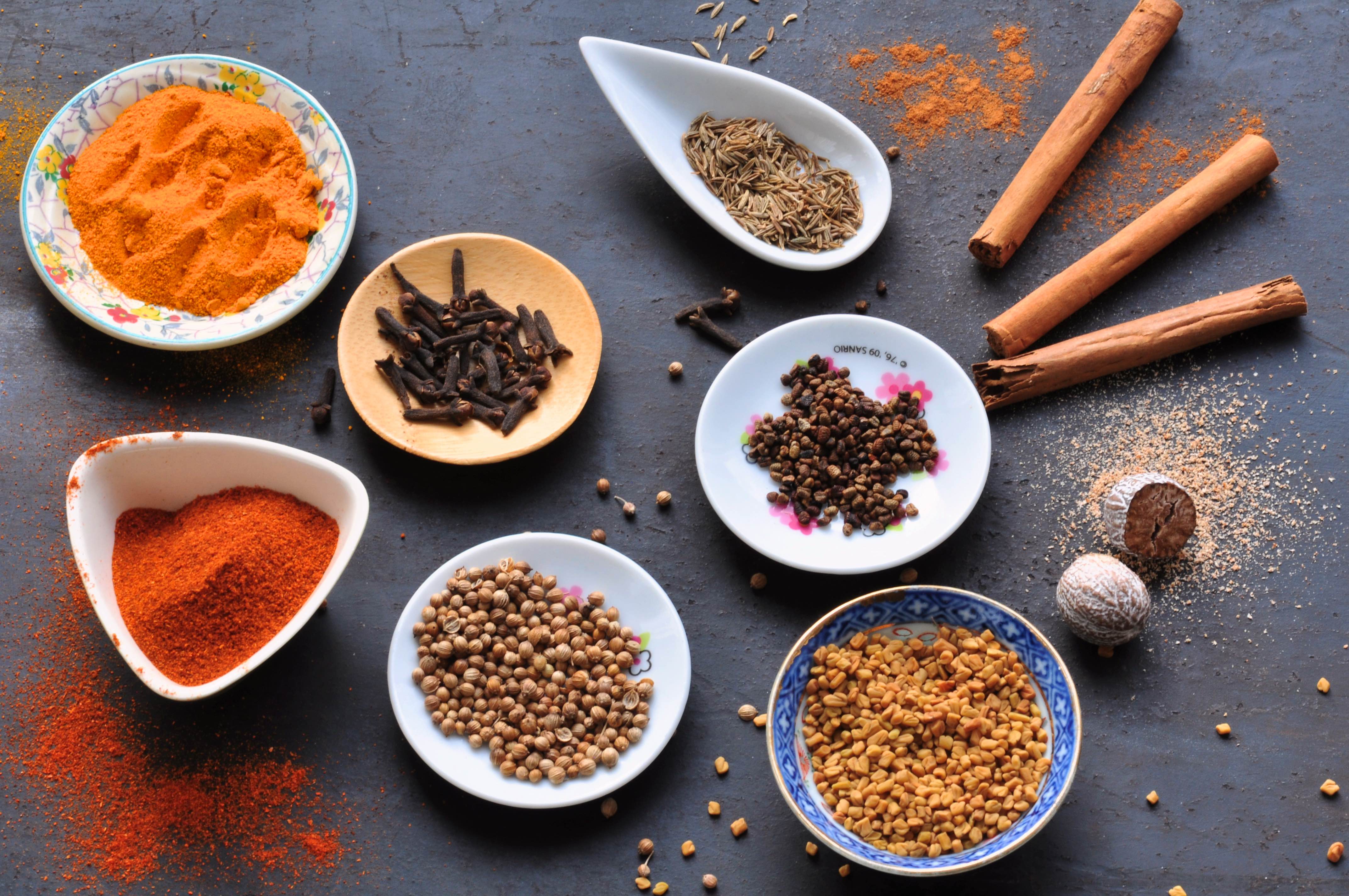 In the winter, I think you can take bigger and bolder turns with spices in the kitchen. Warm spices are good for a frozen soul! Today I decided to make a homemade tandoori spice blend, a spice mixture that has its origins in the Indian, Pakistani and Afghan cuisine.
There’s a whole lot of varieties on the tandoori spice blend. I have read, tried a few of them and finally made my own version. The result is a lovely mix with rich flavors that can be used for several dinners in the coming month(s). If you want, you can add some extra black pepper to get it a bit more spicy, but since I have a man at home that doesn’t like that I have to be a bit more careful haha!

The attentive reader notice that the cinnamon sticks are included in the photos but not in the recipe itself. I used the freedom of being both the photographer and chef here and since I personally for a strange reason don’t like cinnamon in warm dishes I excluded it… But in fact, cinnamon belongs to the traditional tandoori. So. If you like cinnamon, add 1 teaspoon of grounded cinnamon to your tandoori mix, or skip it just like me. It taste just as good (or maybe better if you ask me) without!

Classic dishes with the tandoori mix are Chicken tandoori or Chicken tikka masala but I will use it for cauliflower instead. The recipe will soon be online but until then, it may be fun to prepare the mixture as a fancy opposite to all the Christmas preparations.

How do I do it?
1. Measure all the whole spices and add to a dry frying pan. Bake them on low heat and with constant stirring for about five minutes. Your kitchen will soon smell absolutely marvelous!
2. Add the roasted seeds to a mortar or an electric coffee grinder. Grind everything into a fine powder.
3. Pour it into a bowl and add the remaining and already grinder spices. Stir well and pour into an airtight container with lid.

This homemade version of tandoori spice blend is free from gluten.
If you decide to buy it instead, please note than several of the readymade ones include gluten!